Terrance Simien and the Zydeco Experience 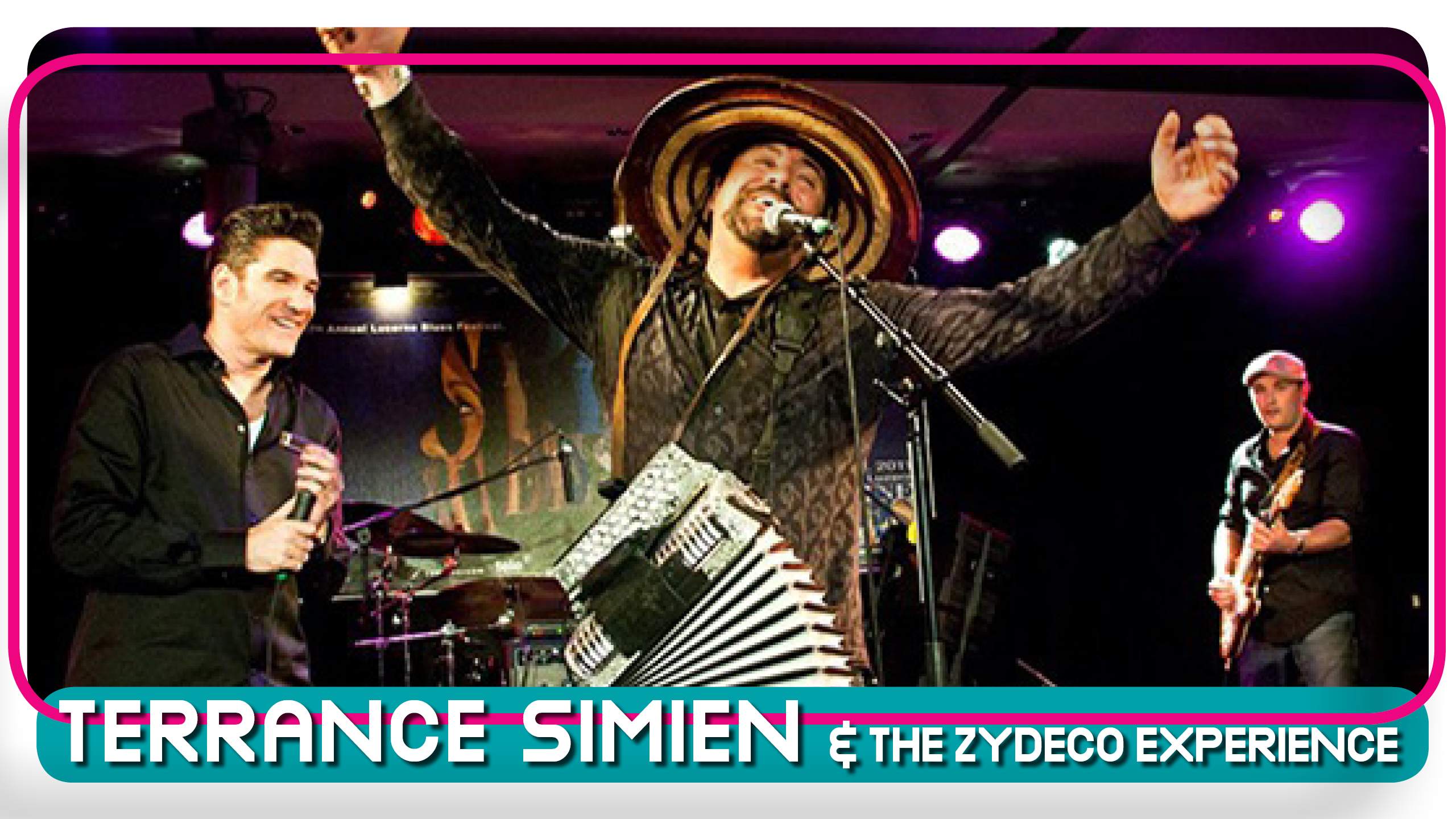 Terrance Simien
Grammy-winner Terrance Simien takes his audiences on a multicultural tour of the world inspired the many countries he’s visited on tour whichhave informed his musical language. He creates a hypnotic blend of New Orleans funk-reggae-flavored-world-blues-American zydeco roots music that beckons you to your feet and into the groove. Leading his Zydeco Experience band, Simien has become one of the most respected and accomplished artists in American roots music today. He and his bandmates have performed over 7000 concerts, toured millions of miles to over 45 countries during their eventful career.

For over 30 years, two time Grammy Award winning artist Terrance Simien has bee3n shattering the myths about indigenous Zydeco roots music, redefining the genre with historic albums an performances.  This eighth generation Louisiana Creole is the real deal, with a massively entertaining live show that incorporates all that is great about Louisiana’s diverse musical heritage. “A rising Zyedeco star, Simien is more than just a one imensional party band whose soulful ballads could hold their own against Aaron Neville an Sam Cooke.”
– The LA Times

Terrance and his loyal and skilled band mates, together have shared studio & stage with Robert Palmer, Stevie Wonder, Los Lobos, Taj Mahal, Dr. John, the Meters, Alan Toussaint, Paul Simon and Dave Matthews Band to name a few. Their music has been featured in TV commercials and a dozen or more films, including the blockbuster “The Big Easy” which changed the game for Louisiana music in the late 80’s. His music has been heard on NPR syndicated radio shows like World Café, American Routes, E-town & House of Blues Radio Hour. Rolling Stone, Billboard, and other notable music industry publications, as well as major daily newspapers have praised his recordings. His extensive discography dates back to vinyl 45’s.

Simien was born in 1965 (appropriately) into the hippie folk and soul music era that still intrigues him today. He was as influenced by Dylan and Simon and Garfunkel as he was by Sam Cooke and the Commodores. Since his family is documented in history books as one of the first Creole families to settle St. Landry Parish, his musical roots are firmly planted alongside the great zydeco pioneers like Chenier, Delafose, Chavis, Ardoin and that other Simien, Rockin Sidney, to name a few. He counts himself one of the fortunate few who hail from a generation with a direct link to these artists, some of whom mentored him as an emerging talent.