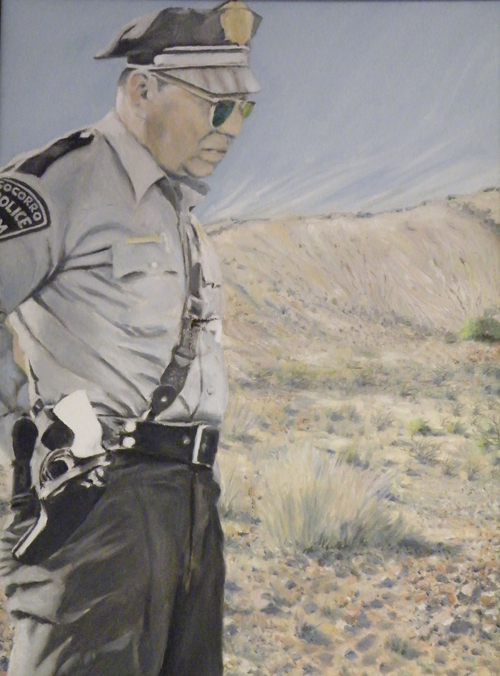 One of the best documented UFO sightings in U.S. history was witnessed by City of Socorro Police Officer Lonnie Zamora and investigated by many top scientists. Below is a short summary of the events that occurred that day:

In late afternoon on Friday, April 24, 1964, Socorro Police Sergeant Lonnie Zamora departed his cruiser on a rough and rocky dirt road to investigate an unidentified flying object which came to rest in an arroyo south of Socorro. The desolate, undeveloped area was primarily made up of mesquite and creosote bushes. What Sergeant Zamora witnessed at approximately 5:45 p.m. was an “egg shaped craft” traveling into Socorro from the south. It was later reported and documented as having been witnessed (in flight) by 5 tourists traveling through Socorro. Zamora, in an interview following the incident, stated that he witnessed a bluish flame and a loud roar coming from the direction of the arroyo.

Zamora approached the area where he believed the craft had landed. Zamora later stated that he had first seen the object from about 150 yards and believed it to be a car or some sort of vehicle in need of assistance. Zamora then radioed the Sheriff’s Office about a possible accident he would be investigating. Zamora then contacted New Mexico State Police Sergeant Samuel Chavez, someone who Zamora trusted to assist in the investigation. After requesting the assistance of NMSP Sergeant Chavez, Zamora once again began approaching the object. At about 50 feet from the object, Zamora noted seeing landing gear and a red insignia which he later drew for authorities. Zamora then noted bright blue flames and another loud roar until ultimately the object began lifting away from its resting place. Following the incident, many local residents visited the sight and witnessed not only burned bushes but also landing gear depressions in the ground. This incident has been recorded in many newspapers and magazine articles as well as written about in many books.

April 24, 1964 has proven to be one of the most well documented days in our City’s history. Over the past 49 years, various ideas and thoughts have been shared regarding what Officer Zamora may have witnessed that day but the one thing that remains true, regardless of any theories that may exist, is that the object witnessed by Officer Zamora and others has not yet been identified. 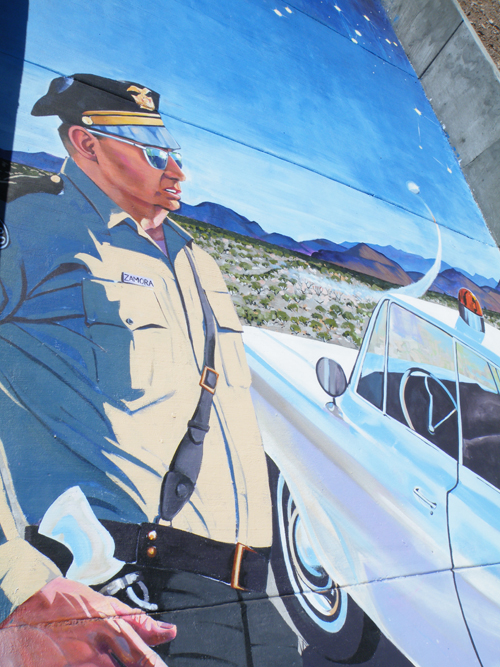