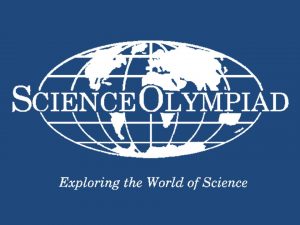 The Science Olympiad is a national, non-profit, tax exempt organization, devoted to improving the quality of science education, increasing student interest in science, and providing recognition of outstanding achievement in science education by both students and teachers. These goals are achieved by participation in Science Olympiad tournaments, incorporating Science Olympiad into classroom curriculum and attending teacher training institutes.
The Science Olympiad was created in 1983 by Dr. Gerard Putz and Jack Cairns to increase interest in science as an alternative to traditional science fairs. After successful tournaments were held in Michigan and Delaware, the program began to attract interest from school districts all around the country. Twenty years later, the Olympiad has members in all 50 states and Canada, totaling more than 14,500 actively participating K-12 schools.
Science Olympiad competitions follow the format of classroom lab tests, popular board games, TV shows, and athletic games. Everyone can find a niche for his or her particular skill in Science Olympiad as each event is designed to take advantage of the wide variety of students’ talents.  Events are well balanced between the various science disciplines of biology, earth science, chemistry, physics, computers and technology.   There is also a balance between events requiring knowledge of science facts, concepts, processes, skills and science applications.
The New Mexico Science Olympiad began in 1987 and is hosted each year by New Mexico Tech in Socorro, NM.  This academic interscholastic competition consists of over 32 individual and team events for which students prepare during the school year.   Science Olympiad focuses on three areas of science education: science concepts/knowledge, science processes/thinking skills, and science application/technology. The New Mexico Science Olympiad involves over 3,000 students from all areas of New Mexico.